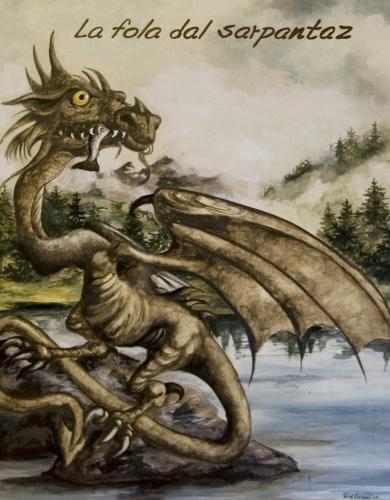 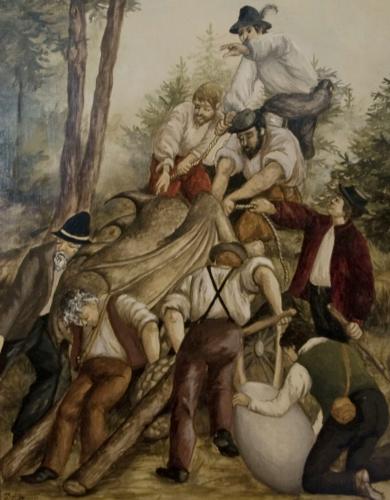 The legend tells of a dragon that dwelt in the waters of Lake Nambino, just above Madonna di Campiglio. It was resting for months and months at the bottom of the lake, feeding on the fish and algae it could find in its depths. Only from time to time he would emerge from the water and, after making sure that no one was around, he would go out to graze the grass of the meadows around him.

One day, however, the unexpected happened! In one fell swoop, he devoured a couple of sheep, a calf and even the shepherd. The news, as well as the fear, spread rapidly throughout Rendena.

No one had the courage to face the dragon, except two hunters from Val di Sole, who, of course, behind the promise of a rich reward, accepted the challenge. The two hunters reached the shores of the lake where they found the huge greenish snake, hunted on a stone slab, with its snout hidden between its two front legs.

At that point one of the two hunters grabbed his rifle, took aim carefully and fired, striking the beast to death. Between the mighty hind legs, a large dragon’s egg was found, or rather, a dragon’s egg!

It was clear to everyone that the dragon had probably attacked the shepherd and the animals just to defend its egg.

After a few weeks a big feast was celebrated in the church of Madonna di Campiglio: the hunters collected the prize they had been promised, while the found egg was hung on the wall of the church together with the skin of the basilisk, as thanks for having been freed from the dangerous presence of the dragon.